Apple’s App Store is among popular app marketplaces with millions of unique applications targeting different phone owners. Software developers who create apps for this platform rely on the company’s specific tools and guidelines. Apple app development is a creative process of building innovative products to assist consumers with routine workflows, entertainment, education, and other business or personal needs.

As the name suggests, Apple app development targets Apple products. How much revenue can an innovator or software development agency receive by monetizing apps on iPhones, iPads, Mac computers, Apple watches and Apple TVs? Apple developers can create endless products and customize their solutions depending on the customer requirements, existing market demands and level of creativity.

This guide provides answers to all questions about Apple app development. It covers the basics of what iOS developers, iPhone developers and Apple programmers need to get started. It discusses proprietary tools developers need to build, test and get Apple Apps on the App Store.

Apple app development may sound daunting- the truth is, it is something a curious individual can learn and perfect. Apple provides several resources, including tutorials, that developers can utilize to achieve their product development goals.

The process of developing Apple apps can be divided into the following stages:

Each stage of the Apple Dev process plays a role in project success. It defines user experiences, app usability, adaptability for use on different firmware and hardware devices and scalability. Before getting into Apple app development, the developer needs to internalize the hierarchy and relevance of each stage. What activities does the developer focus on during each development stage?

Ideation is the first stage of the process, where you (or the customer) identifies the initial idea for your app. This is where you need to think about what problem(s) your app will solve and what features it will have. Is the app vital for enhancing individual or business productivity? Can it solve multiple problems? App developers can draw inspiration from different sources to generate original ideas that can be transformed into functional Apple Apps.

The next stage is design, where the developer begins actualizing viable ideas. At this stage, the Apple developer turns the initial app idea into a detailed plan. This is where you need to think about the user interface (UI) and user experience (UX) of Apple apps. You will also need to create wireframes and prototypes at this stage. The design stage allows the developer to empathize with the user. They need to understand how to optimize UI/UX designs to ensure users gain value from the finished product. The design stage is both continuous and iterative. The developer should leverage every opportunity to enhance the functionality and features of the Apple App.

After the design, Apple app development proceeds to the third stage. This stage is a combination of coding and testing. This stage requires the use of programming languages like Swift or Objective-C to write the code for the Apple app. Swift for programmers is popular among Apple App development teams, given its robust coding and testing features. Swift is a general-purpose programming language that is part of Xcode Apple to help Apple and iOS developers to perform several app development activities faster and more accurately. As a developer, you should acquaint yourself with the various frameworks associated with Xcode and Apple apps to manage app development better.

The final stage is launching the app on the App Store. The refined app is submitted to Apple.

The app undergoes a rigorous review in strict adherence to Apple app submission requirements. The Apple app development process does not terminate at submission and publishing on the App store. Instead, the iPhone developer or Apple programmer monitors app performance and develops additional security and functionality features to reflect emerging user requirements and emerging technological advancements. The developer upgrades native code on Xcode, and the changes reflect on subsequent app versions.

What are the Different Types of Apple Apps

There are various Apple apps out there, each serving a different purpose. Some Apple applications may have a similar appearance yet perform different functions. Every app is unique depending on the number of features it possesses.

Some Apple Apps are designed for productivity, while others are for entertainment or education.

Here are just a few of the different types of Apple apps you might encounter on the Apple App store:

-Productivity apps: These apps help you get things done, whether it is managing your to-do list, tracking your financial goals, or staying on top of your schedule.

-Entertainment apps: From games and music to movies and TV, there is an app for every type of entertainment enthusiast.

-Education apps: These apps help users to learn new languages or brush up on basic math skills, learn new technical skills or explore trending fiscal policies. Plenty of educational apps are available for Apple users to download and use on different devices.

-Utility apps: From weather trackers to conversion calculators, utility apps make it easy to get the information you need without leaving your app.

-Lifestyle apps: From fitness and fashion to food and drink, several lifestyle apps can help you live your best life.

The design agency or developer should understand the target market’s needs and preferences before kickstarting the Apple app development process. The desired product should be unique among available alternatives in the same category.

The Benefits of Apple App Development

Apple devices are unique and known for their luxurious feel and appearance. Developing functional software for these devices is inevitable. Apple app development offers several benefits to developers. First, there is a large potential market for Apple Apps. These apps adhere to high-quality standards as prescribed by Apple. Apple developers have access to powerful tools and technologies developed and maintained by Apple. That way, the company protects its consumers from low-quality products while preventing apple developers from infringing on the rights of other app designers and programmers.

iPhones, iPads, Apple watches, Apple TVs and Mac computers are among the most popular devices in the world. The combined user base of these devices is over 1.5 billion. The massive market presents a huge opportunity for Apple developers who want to leverage their creativity and technical knowledge to reach a large audience while solving predominant user challenges with their apps.

In addition to a large potential market, Apple values its customers. It establishes the highest standards for all apps uploaded on the App store. Apple has an experienced technical review team and tools that subjects any App submitted to the App Store to a rigorous review process. The purpose of Apple app review is to guarantee user security and ensure apps are reliable and functional across devices and Apple operating systems. 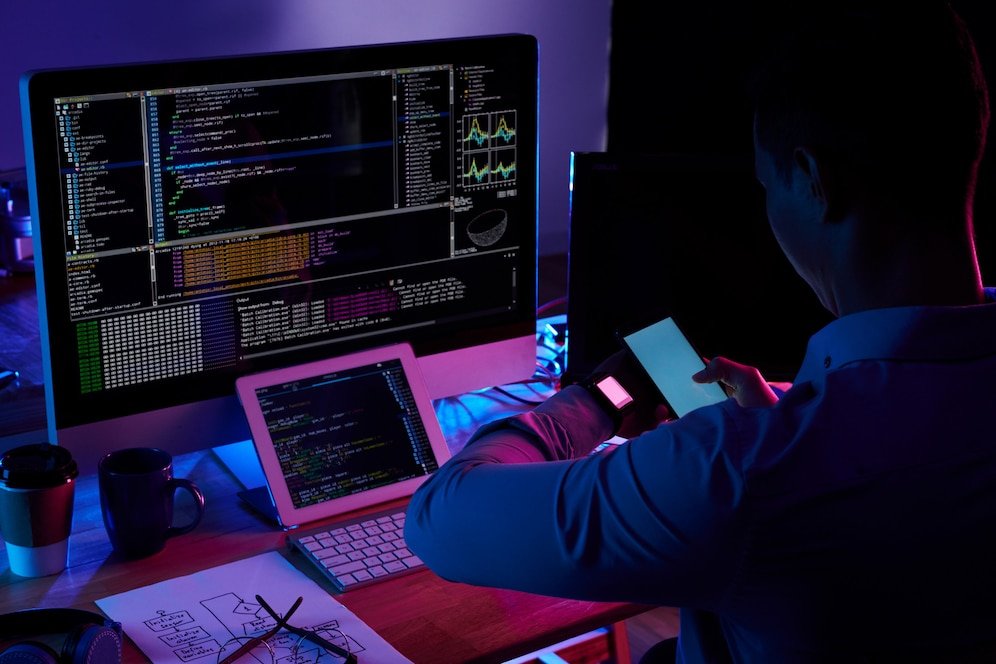 The Future of Apple App Development

Augmented reality is one of the most popular technological topics among product developers. Apple is investing heavily in this technology, and developers are using it to create innovative and immersive user experiences for Apple device owners. Integrating AR in Apple app development enhances the quality of interactions between humans and Apple devices. These devices can perform more complex tasks with AR-enabled Apple apps than those created with standard Apple techniques.

Artificial intelligence is another area that Apple and other hardware manufacturers pay attention to. Developers are using AI to create apps that can learn and evolve, providing a better experience for users. Artificial intelligence combines several technologies like machine learning, neural networks and computer vision to optimize hardware performance. The success of AI in Apple app development is evidenced by the sophistication of Siri, Apple’s virtual assistant, which is part of Apple iOS and macOS. Apple app developers are leveraging this feature to manage and improve the performance of device utilities like the camera, GPS and sound recorders.

Cloud computing is becoming increasingly vital for businesses of all sizes. Apple is investing heavily in this area, and developers are using it to create more scalable and efficient apps. Cloud computing is relevant for developers aiming to build hybrid apps used across devices and platforms. Hybrid apps are compatible with iPhones, iPads, and Apple watches and can be accessed on the web. The availability of cloud-hosted Apple apps implies the developer can reach several consumers at once without compromising the stability of an application.

The internet of things is another area where Apple is making significant investments. The world is becoming interconnected, and devices can autonomously perform repetitive tasks. App developers are finding sustainable ways to connect devices and equipment through mobile applications. During Apple app development, designers and programmers should find ways to integrate IoT protocols into native app codes and test their functionality over local and wide area networks.

Getting the First App on the Apple App Store

Apple app development involves building apps acceptable on the App Store. After designing and building the app, the developer submits it for review. Apple apps are accepted if they adhere to Apple Human Interface Guidelines. The developer should possess an active Developer Account to access the full features of the App Store. Apple Human Interface Guidelines (HIG) are divided into different sections namely:

The developer needs to set up their App Store Connect credentials. The App Store Connect account is vital for managing app listings and monitoring app analytics remotely in real-time. Submitting the Apple App is done directly from Xcode IDE.

Upon submitting the app, it will remain ‘under review’ for a while as Apple verifies its compliance with established company guidelines. Apps that pass the review process will be available for download by the public upon approval.

So far, we have mentioned the necessary tools (frameworks and languages) needed to build functional Apple apps. The developer also needs access to a Mac running on the latest OS version. Assuming the developer has mastered the basics of Apple app development, what happens next? 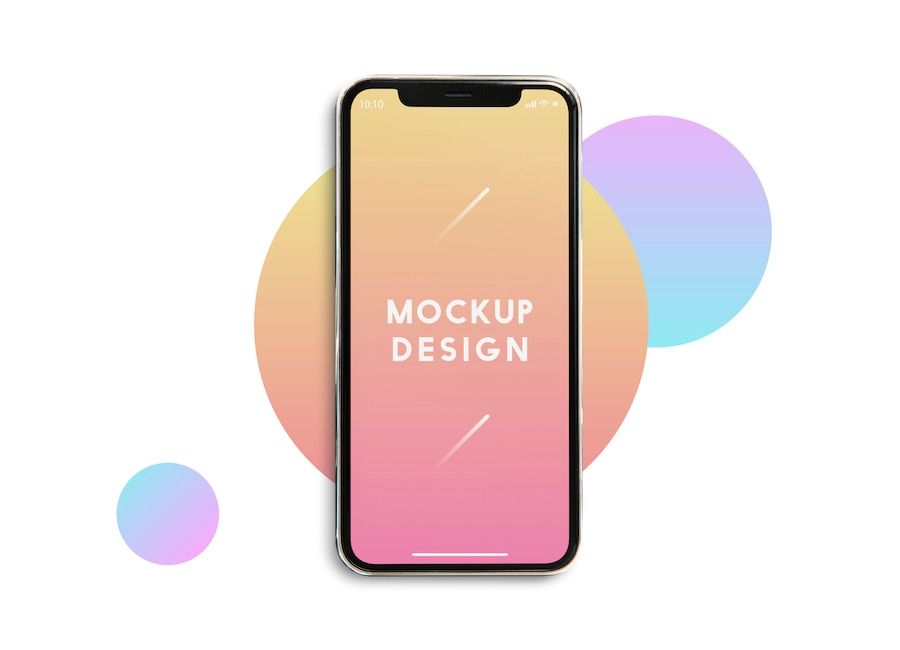 Perhaps you are venturing into Apple app development with previous experience managing software and hardware product development. Some development processes may be similar, but developers must follow Apple-provided guidelines for the latter. It improves the probability of the app passing the review process. If in doubt, liaise with an experienced developer (or mentor). Avoid pitfalls in the development process which may impede project success.

There are thousands of individuals and agencies involved in Apple app development globally. These entities provide remote help and can offer insights to help new developers tackle their first app development projects. Apple has several learning tools and tutorials that developers can utilize to improve their skills.

Visit online communities and social media forums where developers discuss tips and tricks to enhance Apple app development. Read as Much as You Can. Developers can hone their technical skills for several months before building Apple apps. There is plenty of great content out there that will help you understand the Apple app development process.

When developing Apple apps as a beginner or experienced developer, testers and internal teams offer invaluable feedback on several design features and app functionality. Often, the feedback may send the developer to the start of the project. For beginners, this might be tedious work and may dampen your hopes to launch a revolutionary product. However, Apple developers should value feedback from any source. The feedback enables you to improve the quality of your apps. Draw inspiration from the user or peer-review feedback to streamline Apple app development.

Apple app development involves designing and building apps for Apple devices. There are different types of apps Apple developers can build, including games, productivity apps, and lifestyle apps. When you’re ready to build an app, you need to understand the purpose of the app and the preferences of your target markets. You also need to know what type of app you want to build and the devices the apps will run on.

Design, build and test the app before submitting it for review. Keep track of prevailing technological trends and leverage them to improve the security an