How To Build A Web App

Web apps are changing how customers access digital products and the services offered by different companies. These apps are an improvement of existing mobile and desktop apps. Simply put, customers no longer need sophisticated phones or hardware devices to exploit the power of enterprise and non-commercial applications.

With a web app, consumers can access all the features of an application on a mobile or desktop browser provided over the internet. These apps are dynamic, and developers keep working to improve their responsiveness, interactivity and efficiency. Web apps are vital scaling tools enabling companies to increase client engagement.

What does it take to build a web app? Developers and agencies leverage several strategies and tools to build web apps. They adopt innovative work practices to reduce software development workloads, increase app reliability and maximize the functionality of web apps.

In this article, we discuss the frameworks, tips and skills required to build a web app. It also explores the benefits and categories of web apps, the differences between web apps and native apps (iOS and Android apps), and the future of web app development.

What is a web app

Is a web app similar to a website? Customers can access websites and web apps on a browser provided they have an internet connection. Both are built using different web app development technologies and tools. However, a website contains static content and is a combination of images, texts or audio-visual components, while a web app contains dynamic content – it has client and server-sided scripts required to improve interactions between the users and app features. 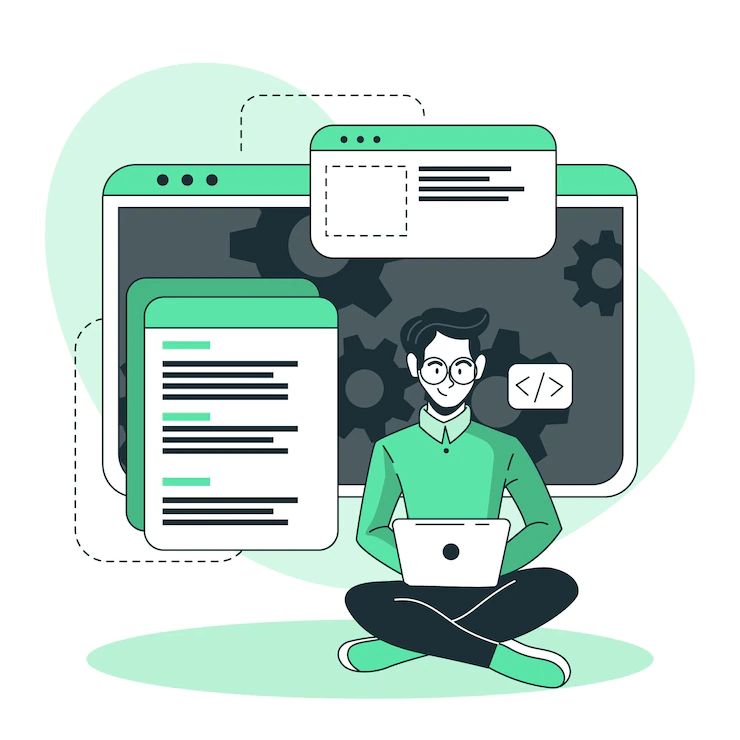 Web apps are interactive and accessible on standard browsers

A web app is a software application written in a browser-compatible programming language (s) and depends on a web server for data storage and management. Web apps are becoming more popular as customers can access critical workflow and business management features from any device with a functional browser and connected to the internet. Web apps, like hybrid and cross-platform apps, are easy to update and maintain because the developer manages one codebase.

Before beginning to build a web app, a developer needs to understand the different types of apps, their behaviors and how to create them. Most web apps are used to deliver online services such as instant messaging, email, social networking, and online banking. Developers can tweak these apps to perform more interactive activities like gaming. Some web apps, like Google Docs or Notion, are vital for improving enterprise productivity. A developer can build a web app that works offline; that is, the web app works offline and allows the end user to access critical tools and features even when experiencing poor internet connectivity.

Each app should have a unique and attractive user interface. Client-side web apps focus on the optimization of user interfaces. These interfaces significantly impact user experiences and imply that developers spend more time researching and implementing UI UX designs. The bulk of the web app development work focuses on front-end development.

To build a web app in this category, the developer should ensure the data required for the application to operate is loaded dynamically whenever the end user begins using the application. 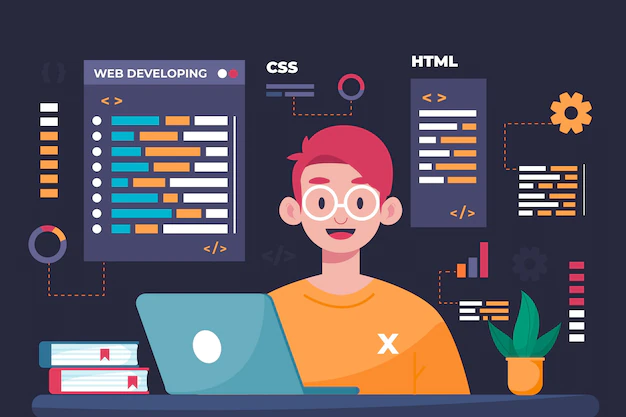 Client-side apps are fast, highly responsive and do not buffer once operational. There are specific programming languages and frameworks used to build client-side web apps.

Before the dynamic content is displayed on the web app, it needs to be processed. Handling dynamic data can be a challenge if the server is not well-configured. Server-side web apps are involved with backend development. That includes:

To build a web app that is server-sided, the developer requires multiple iterations during the wireframe development stage. It is intended to strengthen information architecture and server security to guarantee seamless scalability and operation of web apps.

Are there any benefits companies enjoy when they opt to build a web app in this category? Generally, server-side web apps are more secure than client-side apps. These web apps are also more compatible with most browsers.

Anyone intending to build a web app is aware of single-page apps. These are advanced web apps that combine the advantages of client-side and server-side web apps. Single-page apps (SPA), as the name suggests, feature a single, scrollable page containing multiple app features. Therefore, end-users can leverage the single page to access all the dynamic content available in an application.

Why build a web app?

When should a company or an innovator build a web app? A lot of work and talent are needed to build a web app. These tasks range from backend server coding, front-end user interfacing, frequent web app testing and lifetime support. Additionally, a business caters to all expenditures related to web app hosting, security management, and scalability. Simply put, it is costly to build a web app. Why do companies bother to build these apps? Wouldn’t it be easier to stick to native app development? Say, Android app development.

Here is why a business should build a web app. An optimized and modern web app allows businesses to:

What do you need to build a web app?

We now understand why one needs to build a web app. Like any software development project, building web apps is a time-consuming process that requires adequate planning, access to different programming tools, and the adoption of several software development strategies. Unlike native app development, where the developer submits an app for approval on the various app stores, the developer, in this case, needs to host the app on the internet. The developer facilitates domain name acquisition and hosting to ensure end-users have uninterrupted access to an application or service.

For a developer to build a web app, the developer should understand concepts around front-end and backend development, and basic concepts about networking and communication. It allows them to select the appropriate web app development tools and skills.

Let us explore the different tools required to build a web app.

These are programming languages used to organize dynamic data on user interfaces. They include:

It is the most popular programming language among web app developers. JavaScript is preferred as it enables developers to create dynamic web pages and contains several tools required to create scrollable app pages and add multiple clickable buttons on the user interfaces.

HTML is an abbreviation for Hypertext Markup Language. The programming language is vital for organizing or structuring content on a web app. Developers use this language to position elements and define how they appear on the browser. HTML is vital for displaying:

Cascading Style Sheets (CSS) determine how web apps written in HTML are organized or presented. It controls how web pages and apps are presented. Developers use CSS to define web app features like:

As mentioned earlier, the backend in web app development involves a database, server and API management. Languages used for backend development include:

A developer building a web app should know how different servers work. It includes how servers receive and respond to network requests. The developer should know the different types of servers that can host web apps. Some popular servers include:

Each framework has its strengths and weaknesses. Developers should choose a framework that aligns with their programming skills and guarantees quick turnaround times. Here are a few frameworks to build a web app from scratch to finish.

It offers expressive and elegant syntax and comes with various built-in features, such as authentication, routing, and caching.

Modern businesses are under constant pressure to deliver high-quality digital products, enhance user experiences and leverage multi-platform applications to maximize customer acquisition and retention. Building a web app is not as complex as it seems, provided the company uses the right programming tools and talent.

There are several successful web apps that customers interact with daily. Inexperienced developers can draw inspiration from these applications to build advanced and innovative software. Before you build a web app, conduct extensive market research, expedite the conceptualization and ideation phase, and test and refine web apps severally to ensure they are functional and resolve predominant market challenges.