In the modern business world, companies, consultants and freelance professionals require digital products that are attractive, informative, fast and user-friendly. One way to achieve consistent communication, customer engagement and online visibility is by developing a web app. Python web apps have gained popularity across industries – the applications run on a secure server and deliver information through a website as opposed to stand-alone programs to be installed and run on smartphones or other hand-held devices.

Simply put, a python web app allows users and customers to access the full functionality of a product or service on a browser. There is no need to download and install an app to a native device or platform. Web app development is a suitable alternative to combat challenges associated with cross-platform app development, like compatibility and usability.

Python is a reliable and versatile programming language used to develop several programs. Python is useful for creating data analysis solutions, scientific modeling, predictive algorithms and other data science solutions. Python is equally beneficial for web app development and web designing. To put this in perspective, most websites we interact with daily probably use Python code for backend data management.

Python is a high-level, general-purpose programming language that is simple to use. The scripting language uses dynamic semantics and easy-to-learn coding syntax. Python codes are easy to read, making it faster and cheaper to develop and maintain web applications.

Debugging python web apps is simple. When an interpreter identifies a bug or code error, it flags it as an exception. The program also contains source-level debuggers that inspect global and local app variables, expressions and code breakpoints.

Why Develop a Web App in Python?

Why bother with Python web app development when Android and iOS app development can solve substantial software development needs? The answer is simple – scaling business reach and delivering remarkable user experiences to target audiences. Python web apps are cheaper and faster to deploy, thanks to the versatility of the scripting language and its ease of use.

Every business faces competition from local and global peers. It means every business investment must guarantee favorable returns on investment. Python web app development, like Android app development or cross-platform app development, is costly and dynamic. Therefore, businesses working on new web apps must deliver them faster. With Python, companies can build, test and deploy apps quicker than their competitors.

Python is compatible with different software development frameworks. These frameworks provide additional coding, testing and debugging tools to streamline app development further. Python web app developers choose a framework based on its versatility, ease of use and size of the project. For instance, Django will be more suitable for large and complex web apps, while Flask is a good alternative for smaller projects.

Are you planning to develop a Python web app as business operations expand? Or is the company banking on the early success of an Android, iOS or cross-platform app to define new business opportunities? Developing a web app is a top consideration for progressive businesses.

Businesses can expedite Python web app development by getting everything right from start to end. The whole process goes through several stages and leverages multiple tools to refine user experiences and app performance. Before launching a Python web app, developers must ensure the designed product is scalable, secure and stable to handle varying online traffic. All app functionality and reliability considerations narrow to proper wireframe development and UI UX design.

What tools and skills does one need for Python web app development? For a start, the foundational coding language is Python. The developer needs to identify the right framework for the project. The framework is critical for managing coding, testing, debugging and related workflows.

Django is an open-source framework developed using Python programming language. It has a unique architectural pattern that follows the model-view-controller (MVC) sequence. The framework has an object-oriented mapper (ORM) that facilitates communication between data models and relational databases used to build the Python web app. The functions of the MVC patterns are:

Django is popular for Python web app development as it contains robust tools and features to improve project turnaround times. The framework features a stand-alone web server used for development and testing. The server is lightweight, meaning web apps are tested without the demand for heavy computing power.

The framework has a template system that replicates object-oriented programming and facilitates the inheritance of codes and other coding features. The framework contains a robust system for serializing and validating forms. The system translates HTML forms to derive and display suitable values from the application’s database.

Django has a caching system and supports middleware application classes that facilitate and streamline request processing to guarantee the seamless execution of commands and uninterrupted functionality of the Python web app. The framework’s dispatching system uses pre-defined system signals to control event communication between multiple components of an app.

Django also features an interface connected to Python’s testing framework. It enables developers to test and validate application codes without leaving the framework.

Django is compatible with several servers like Apache and Nginx and supports multiple backend databases including:

Flask is a microframework for Python web app development. Flask works well without the need to configure additional programming tools and libraries. The microframework lacks features for form validation and database abstraction. The framework supports several extensions required to improve its capabilities.

Flask is written in Python and contains some components that make it unique and suitable for web app development. They include:

Flask is popular for Python web app development since it contains some desirable features. The microframework has a server that is critical for app development and debugging. It is compatible with the Google App Engine and has integrated support to facilitate unit testing of Python web apps.

Tornado is beneficial for optimizing network sockets and stabilizing the performance of Python web apps. Thousands of clients can access the application and enjoy consistent user experiences.

Pyramid is another open-source and lightweight web framework written in Python. It is a flexible and versatile framework that allows developers to create small, single-file web apps and large enterprise-level applications.

After choosing a framework, developers select an appropriate database to manage the acquisition, processing and storage of information. Python is compatible with several databases. Therefore, developers can choose to use:

Databases for Python web apps are either relational or non-relational. A relational database, like MySQL, is critical if the web app under development deals with fixed-structure data models. It means that the predetermined app attributes for a particular data model remain unchanged.

How does one build a Python web app? What procedures should developers be aware of? Here is a brief look at the different activities that culminate in a functional web app.

Set Up the Python Development Environment

The integrated development environment (IDE) is vital for any software development project. The IDE contains all tools required to write, verify, debug and test application code.

A good Python IDE should simplify the development process and assist developers save, retrieve and reload web app code. Developers can write Python codes on general and Python-specific editors.

Irrespective of the editor, one must set up the development environment. A developer should ensure they have:

The developer requires extensive knowledge of Python, data structures and syntax to create functional web apps. The developer writes the code in the development environment. The coding should align with the wireframe, UI UX designs and desired functionality.

The coding stage is the most critical when handling Python web apps. Failure to optimize program code will result in a poorly performing web app with several usability issues.

Python web app development is relatively quick and easy compared to other web development languages. However, that does not eliminate the probability of mistakes when developing web apps. The entire process remains a learning curve – anyone, even the most experienced developer can make mistakes along the way.

Testing remains one of the most critical aspects of software development. Python web apps are not exceptional; they are subject to multiple security and stability issues. These challenges increase as traffic to the web app increases. How do developers test Python web apps? Here are the popular testing strategies.

When conducting unit testing, developers divide code into small units. Each isolated unit is rigorously tested. Such a strategy enhances bug finding and enables developers to narrow down to the source of an error. Although unit testing is time-consuming, it improves the quality of code for the final web app.

It is a faster way to test application codes. The developer evaluates how different parts of the application code collaboratively work. It is faster than unit testing but has unique challenges. It is more difficult to pinpoint some errors and debug lengthy web app codes.

Functional testing simulates real-world user experiences when interacting with the web app. It is an effective method to identify hidden bugs and usability issues that arise when using the app. 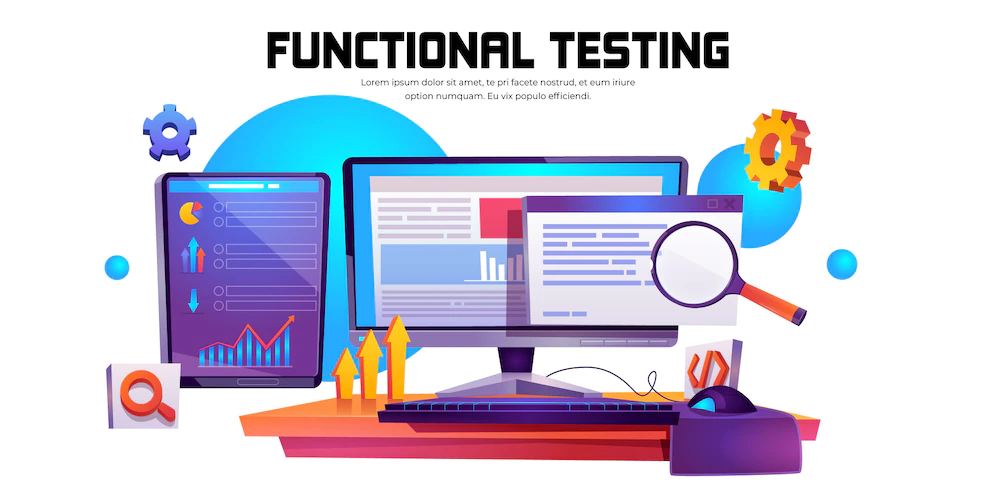 Once the app is deployed, the developer shifts their attention to maintenance. That involves keeping all features functional, responsive and reliable. The developer tracks all usability issues and rectifies them by modifying the codebase. Some usability issues include logging web app performances, managing alerts and responsiveness to user inputs.

Another aspect of maintenance is monitoring user preferences and feedback. How many users access the application daily? Are there common usability challenges? The developer must identify and eliminate all functionality and usability bottlenecks for ultimate user experiences.

Finally, developers must back up critical app data. The data is required to restore operations should anything go wrong. Developers can automate the backup process using third-party or in-house tools.

The success of any software development project depends on the experience and competence of the selected partner. It can be an agency, freelancer or in-house app development team. Some companies choose the long path – train newbies and perfect their skills to develop web apps. That is expensive and time-consuming.

A good developer understand the ins and outs of Python programming

Now, consider an individual or business that requires a functional web app on short notice. They have an idea or concept at hand but do not know whom to engage for the project. Always choose someone or an agency that has a proven track record and can exhibit their competency without hassle. Most developers are available online. Leverage online Python communities to identify, evaluate and hire a developer. Check on popular job boards to headhunt freelance teams and agencies. Of course, the developer should charge a reasonable rate.

Python web apps are beneficial in many ways. They complement existing cross-platform apps that companies and businesses use to grow their businesses and maintain online visibility. Python is an easy-to-use programming language that uses a simple syntax to create complex web apps.

Developers rely on different frameworks and programming tools to build, test and deploy Python apps. They should acquire sufficient knowledge of the different facets of web apps to build successful apps. The choice of framework and tools, like IDEs, depends on the developer’s skillset, level of customization required and access to app development documentation.